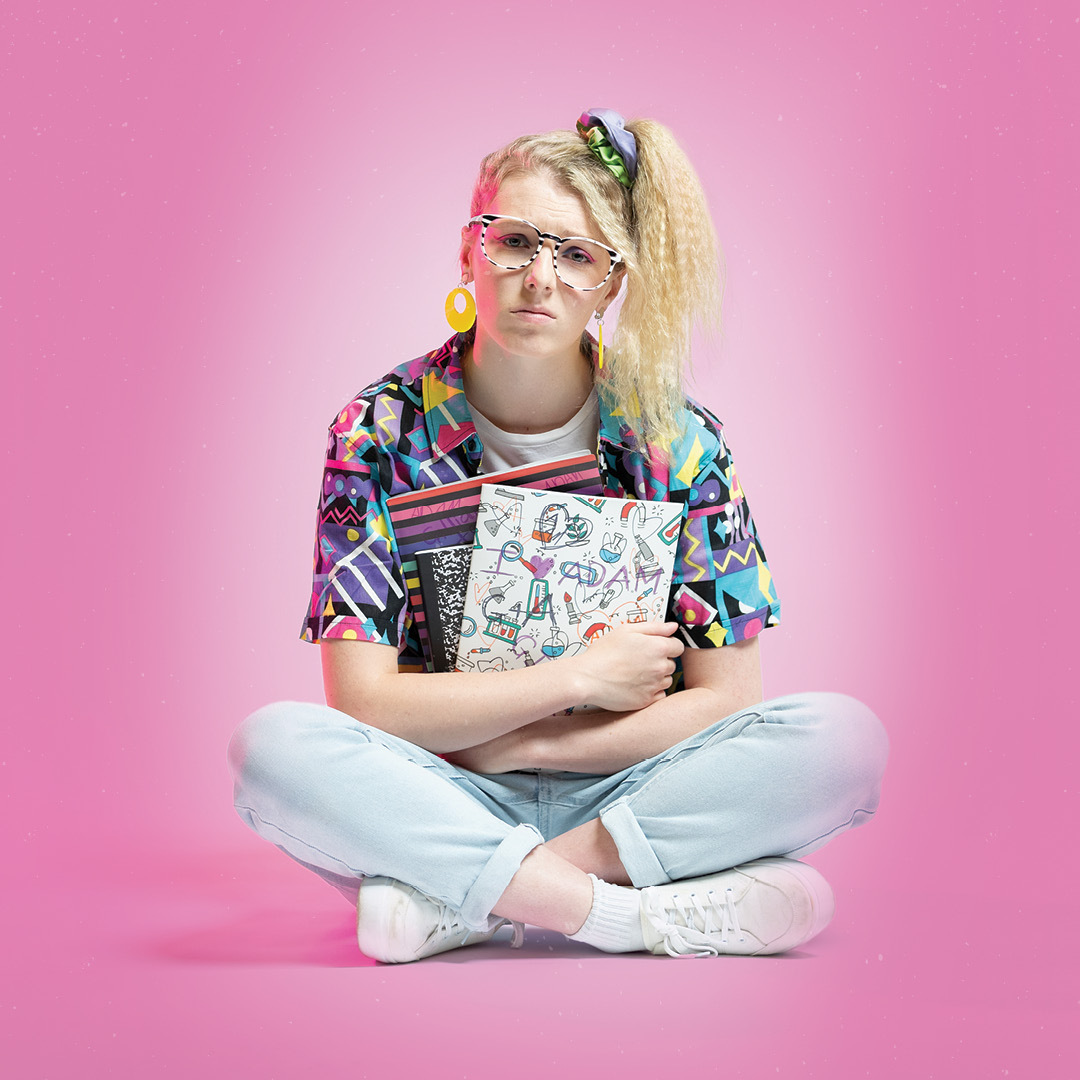 I’m going to admit something I never thought I’d admit to anyone ever. I’ve got a crush on Adam. Head over heels. Uncontrollable passion… unrequited passion, of course… I know he’d never for for a dag like me.

Gillian is 16. She’s interesting, erudite, soulful, romantic… and she’s a dag. I mean, daaaaaaag! She’s a misfit, an outcast, a chocolate addict, on a desperate quest to be beautiful and popular. Oh yeah, and she’s hopelessly in love with Adam – and I mean hopelessly – like, a negative vacuum of sub-atomic non-hope.

Follow Gillian’s pursuit of romance and happiness, as she navigates overbearing sisters, schoolyard politics, head-over-heels crushes, and first kisses, to discover that maybe finding out who you really are isn’t so bad after all, even if you are a dag.

Dags is an excruciatingly funny and compassionate journey through the world of adolescent anguish. Originally commissioned by Canberra Youth Theatre in 1985, it has become one of the most definitive and popular Australian plays for young people ever. Of course, life as a teenager has changed so much since the 80s… hasn’t it?

Whether you’re living it for the first time, or have been reliving it ever since, Dags is the ultimate show about the awkward glory of never fitting in, ‘cause who the hell would even want to?

This performance is supported by Canberra Theatre Centre, as part of a commitment to nurturing the young and emerging artists of the ACT.