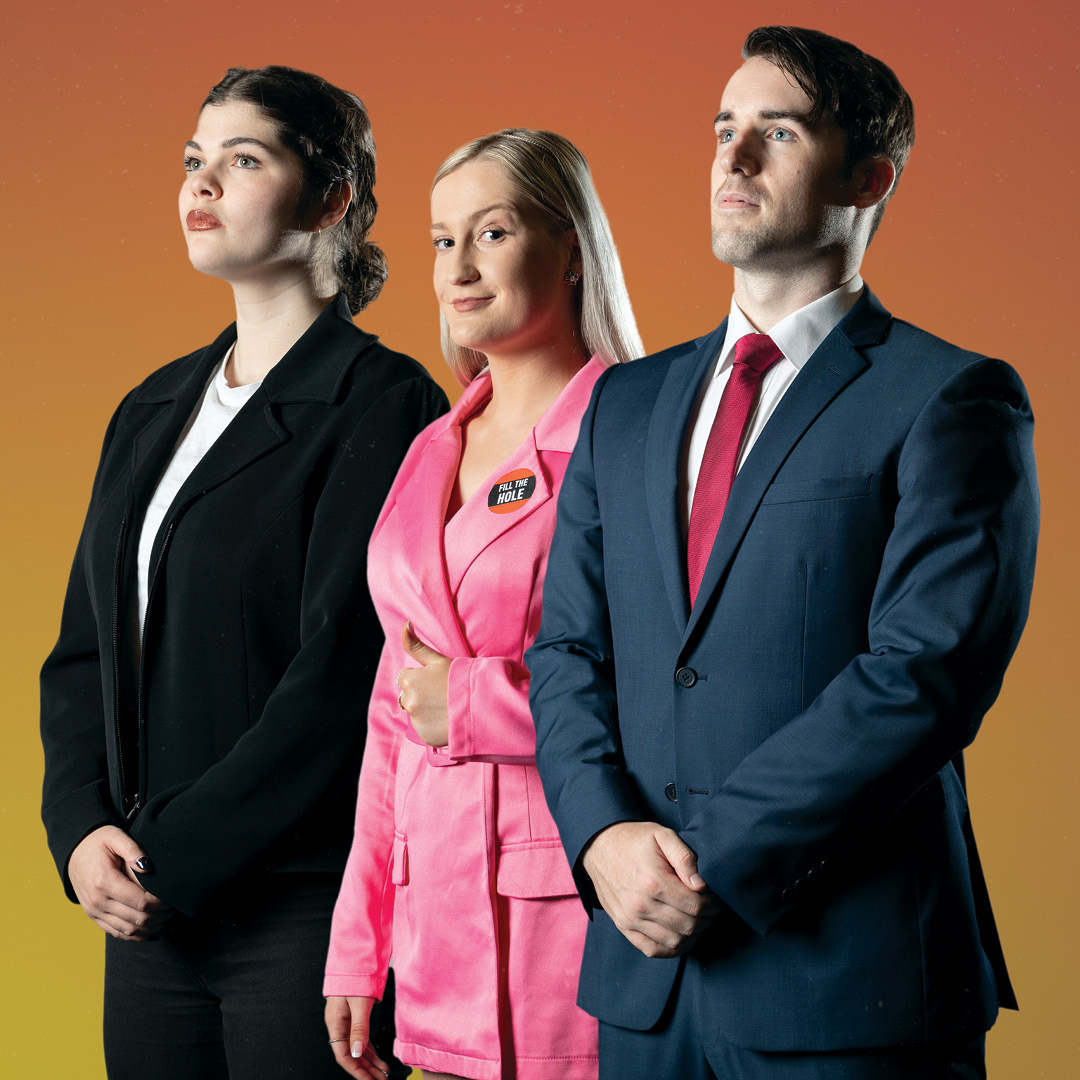 OR, THE REPERCUSSIONS OF POLITICAL AMBITION AND PERSONAL RIVALRIES WITHIN STUDENT LEADERSHIP AND MEDIA ORGANISATIONS IN THE CONTEXT OF THE POST-COVID-19 NEOLIBERAL UNIVERSITY INSTITUTION

Election season is upon us! When the incumbent President of the University Student Council mysteriously steps down, new players must enter the arena. But behind the three-word slogans and noncore promises lies an underbelly of secret deals and divided loyalties, corruption and ambition; all designed to win the hearts and minds of the student body.

Following an entire election cycle within a prestigious university, How To Vote! explores the treacherous political landscape of campus life, and what happens when you put the word ‘student’ before journalism, politics and theatre.

Featuring a massive ensemble cast of university-aged artists, How To Vote! smashes together Secret City and Sex Education in an epic exploration of power and what it takes to wrestle it from your enemies’ cold, dead hands – all while scraping through your end-of semester exams.

This performance is supported by Canberra Theatre Centre, as part of a commitment to nurturing the young and emerging artists of the ACT.