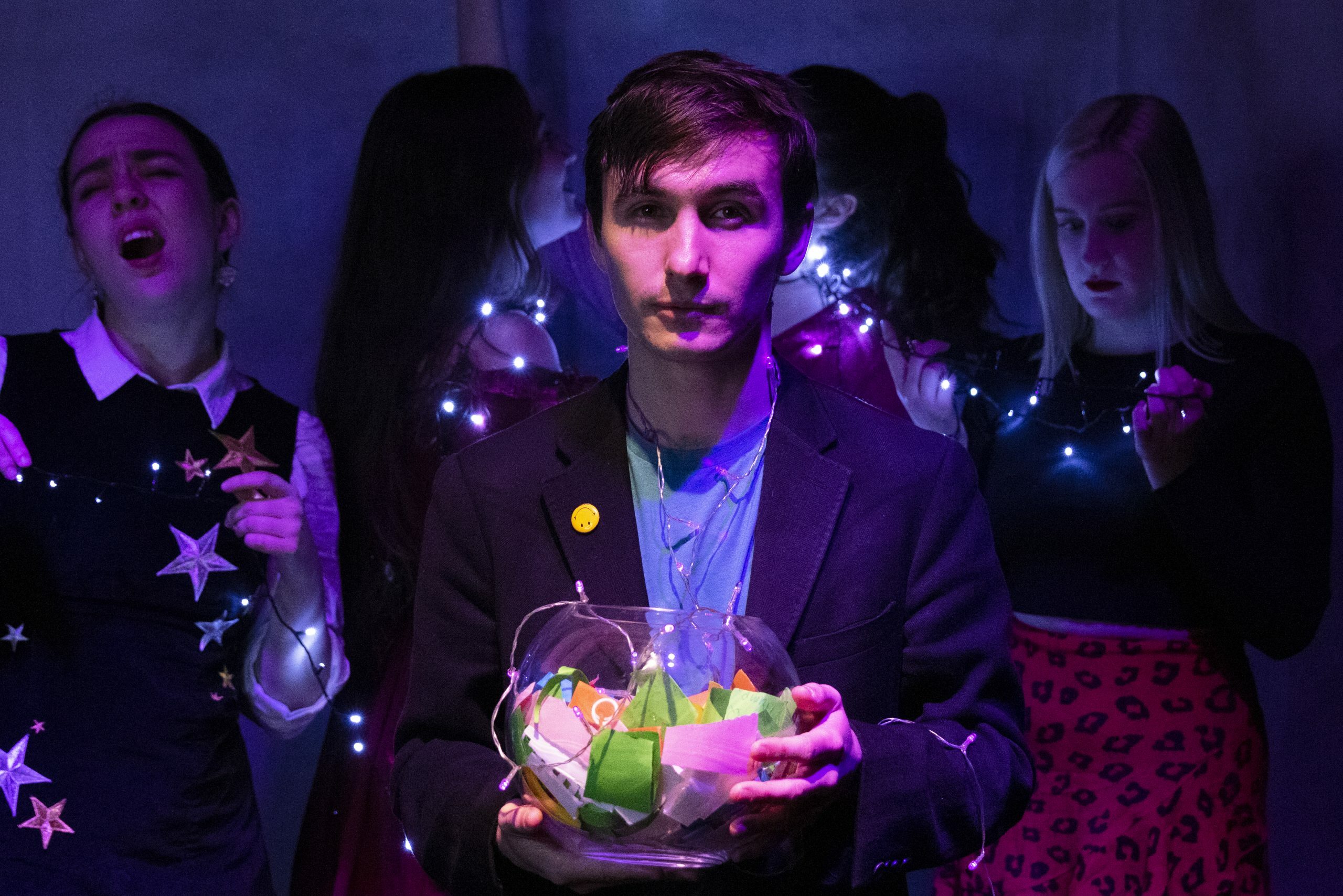 The world doesn’t end in fire, or in ice, but rather to the sounds of 2000s pop classics.

The end has come, and you’re invited! Book your ticket to the best (and last) party in town and get ready to dance your life away. The drinks are flowing, the bathroom is locked, drama is rife, and—wait, is someone on the roof? As the world comes to a close, watch as a bunch of twenty-somethings mourn their futures and come face to face with their imminent mortality, all the while trying to decide who exactly is on AUX.

Carpe DM is a darkly comic exploration of the claustrophobia of adolescence, and the realisation that you aren’t, in fact, the centre of the universe. Devised, designed, and performed by an ensemble of early career creatives, it investigates who we want to be when who we are has a looming expiry date.

Created by the Emerge Company ensemble